To share your memory on the wall of Stephen Powell, sign in using one of the following options:

Steve T. Powell,79, of Speegleville entered into his eternal rest on Monday September 21, 2020 surrounded by his loving family.
Graveside services will be at 2:00 pm on Monday, September 28, 2020 at Rosemound Cemetery with full military honors, and Dr. Joe Weldon Bailey, Jr. officiating.
Steve was born May 28, 1941 in Birmingham, Alabama to William S. and Stella M. (Harrell) Powell. He served his country in Korea and later as a police officer in Killeen, Texas. He was an electrician by trade. He met his wife Mary when they both worked at a Scott & White Clinic, from which they both retired.
Steve was a Godly Patriotic man who loved sharing God’s word with his family and friends.
Steve was preceded in death by his parents, his brother Charles Powell, 2 sisters, Ann Fisher and Sandra Wright, and a nephew Billy Robinson.
He is survived by his wife Mary of Speegleville, his daughter, Tanya Levi and husband Jeff of Magnolia, Texas; sons, Bart Powell and wife Stephanie of Belton, Texas, and Stephen Powell, Jr. of Waco, Texas; his friend and first wife, Carmen Morgan of Temple, Texas; one sister, Nelda Dalton of South Carolina; 4 grandchildren; 7 great grandchildren; and numerous nieces and nephews.
Read Less

To send flowers to the family or plant a tree in memory of Stephen T. Powell Sr., please visit our Heartfelt Sympathies Store.

Receive notifications about information and event scheduling for Stephen

We encourage you to share your most beloved memories of Stephen here, so that the family and other loved ones can always see it. You can upload cherished photographs, or share your favorite stories, and can even comment on those shared by others.

Posted Sep 27, 2020 at 12:36pm
I never met Mr. Powell, but I'm sure sorry to see that we have lost another neighbor here in Speegleville!!!! Thoughts/Condolences/Prayers go to his Family and Friends!! May GOD be with 'each' of you!!
Comment Share
Share via:
DU 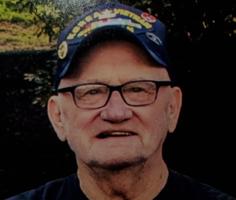