To share your memory on the wall of Keith Thompson, sign in using one of the following options:

Keith graduated from T.L. Handy in 1980 and moved to Texas shortly after, working for 27 years at TXU Electric and 11 years at Waco Boom. He delighted in being a father, and his son Kaidan was the pride of his life.

He is also survived by his wife Dawne and her children Taylor Shook and Crystal Mann, his mother, Joy, who he called his best friend, his sister Pam (Tom) Monville, his brother Lee (Diane) Thompson and sister-in-law Dawn Thompson. He was pre-deceased by his father Jack W. Thompson and his brother Jack R. Thompson.

To send flowers to the family or plant a tree in memory of Keith Arthur Thompson, please visit our Heartfelt Sympathies Store.

Receive notifications about information and event scheduling for Keith

You will receive any future notification messages.
Print

We encourage you to share your most beloved memories of Keith here, so that the family and other loved ones can always see it. You can upload cherished photographs, or share your favorite stories, and can even comment on those shared by others.

Waco Boom, V and L Management Company, and other have sent flowers to the family of Keith Arthur Thompson.
Show you care by sending flowers

Posted Dec 03, 2019 at 09:16am
Please accept our most heartfelt sympathies for your loss... Our thoughts are with you and your family during this difficult time.

Posted Dec 02, 2019 at 05:15pm
Dear Thompson Family,
The Baylor Scott & White Hospice team is thinking of you at this time. Thank you for allowing us to care for Mr. Thompson and please know you are in our thoughts and prayers.
Comment Share
Share via: 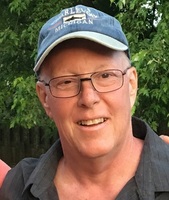