To share your memory on the wall of Sherwin Winniford, sign in using one of the following options:

Sherm, son of Claude Sherwin and Stella Mae (Witcher), was born July 13, 1931, and grew up on a farm outside Cumby, Texas. He attended East Texas State Teachers College, graduating in 1952 with a Bachelor’s degree in history. He served in the United States Air Force from 1952 to 1955 and then attended Baylor Law School, graduating in 1958. Sherm practiced law in Waco for 43 years with the firm of Fulbright Winniford. He married Mildred (Torchy) Brown in 1954, and she preceded him in 1990. They had two sons, Dustye and John Charles.

In 1992 he married Elaine Ferguson, and for the next 28 years they traveled, played golf (his favorite courses were in Hawaii), and shared so many of life’s blessings. He enjoyed watching Baylor football as well as the Baylor Lady Bears.

An avid reader, Sherm never turned down a book, especially when it was a biography or World War II history. He was a friend to all animals and was an incredible storyteller. Many friendships began with “Blue Suede Shoes”! His insight, sense of fairness, generosity, and dedication to the law will long be remembered.

Sherm’s family extends their heartfelt gratitude to Drs. Wayne Falcone, Tom Lundeen, Jeffrey Young, and Gary Barbin, as well as to Mary, Tootie, and Vicki, formerly with Providence Cardiac Rehab, for the exceptional care provided to Sherm over the years. The family also thanks Dr. Adam Falcone, Missy, and the Bluebonnet Hospice family, especially Anthony, Jessica, Patricia, and Stacy for their support.

Memorials may be made to Fuzzy Friends, Waco Humane Society, or a charity of your choice.

A special thank you to Bruce Fisher for his kindness and help when it was needed the most.

You may sign the online guestbook at www.oakcrestwaco.com.
Read Less

To send flowers to the family or plant a tree in memory of Sherwin A. "Sherm" Winniford, please visit our Heartfelt Sympathies Store.

Receive notifications about information and event scheduling for Sherwin

You will receive any future notification messages.
Print

We encourage you to share your most beloved memories of Sherwin here, so that the family and other loved ones can always see it. You can upload cherished photographs, or share your favorite stories, and can even comment on those shared by others.

Dale Morgan, Don & Janice Holley, and other have sent flowers to the family of Sherwin A. "Sherm" Winniford.
Show you care by sending flowers

Guaranteed hand delivery by a local florist
VS

Posted Jan 23, 2020 at 09:18am
Dearest Elaine,
I was so sorry to hear of Sherm's passing. Unfortunately, I was out of the country and did not know about it until Tootie told me recently. Sherm was truly one of the kindest, most thoughtful men I have ever had the privilege of knowing. His genuine care and concern was always evident. He was a great encouragement, always complimenting us and telling us what a great job we were doing! We loved him in Cardiac Rehab, missed him so much when he had to stop coming, and enjoyed catching up whenever we would see you in OPS. Those were the good old days! We were touched by your mentioning us in the obituary, thank you for that. Know that you are in our thoughts and prayers! Love, Vicki Sprague
Comment Share
Share via:
DM

Posted Jan 10, 2020 at 01:05pm
Sherm was the definition of Gentleman and I truly cherished our friendship. Elaine, Susie and I are thinking of you during this difficult time.

Posted Jan 10, 2020 at 09:53am
Dear Elaine and Family,
The world has lost such an amazing gentleman. What a privilege to have had the opportunity to get to know Sherm and you. I will be keeping you in my prayers through the days ahead.
With love and prayers,
Stacy Howard
Comment Share
Share via:
SH

Posted Jan 10, 2020 at 09:49am
Dear Elaine and Family,
The Bluebonnet Hospice Family has been keeping you in our thoughts and prayers during these days. May God’s presence be very evident through all the people who care for you and yours.
The Owners and Staff of Bluebonnet Health Services (Hospice)
Comment Share
Share via:
M 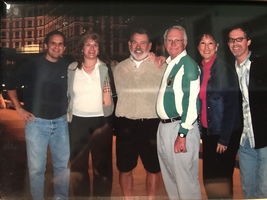 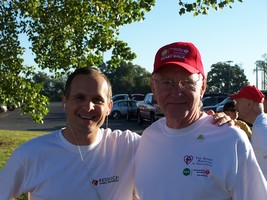