To share your memory on the wall of Raymond Reich, sign in using one of the following options:

Raymond was born on November 29, 1931 in Osage, Texas, to Paul and Meta Reich. He attended and graduated from Crawford High School in 1950. He married Edna Pearl Rankin on August 19, 1972 in Waco, Texas. Raymond was employed as a delivery driver with the American Red Cross for many years. After retirement, he spent his time square dancing, playing 42, enjoying time in the yard, watching the Dallas Cowboys, and visiting with friends at the Harrison Senior Center.

He was preceded in death by his wife, Edna and special friend, Erline Rogers.

In lieu of flowers, memorial donations may be made to Harrison Senior Center, 1718 North 42nd Street, Waco, Texas 76710.
Read Less

To send flowers to the family or plant a tree in memory of Raymond Reich, please visit our Heartfelt Sympathies Store.

We encourage you to share your most beloved memories of Raymond here, so that the family and other loved ones can always see it. You can upload cherished photographs, or share your favorite stories, and can even comment on those shared by others. 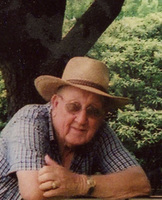