To share your memory on the wall of Paul Ray Grinstead, sign in using one of the following options:

Print
Paul Grinstead 71, of Waco, passed away on December 30, 2019 at his home surrounded by
his loved ones.

Paul was born Ju... Read More
Paul Grinstead 71, of Waco, passed away on December 30, 2019 at his home surrounded by
his loved ones.

Paul was born June 1, 1948, in Smiths grove, Ky to Roy and Edith Grinstead. He graduated
from Ft. Knox High School in 1966. After graduation, he enlisted in the Navy. While in Ft. Knox
he met his wife Patricia. They wed on February 26, 1972.

Paul spent 23 years in the Navy. He spent a lot of his time on deployments with the Navy out to
sea. He served on the U.S.S. John F. Kennedy and the U.S.S. Forrestal. After retiring from the
Navy he went to work at L-3 in Waco where he retired in 2007.

He was preceded in death by both his parents, a son Steve, a grandson Robert Lee Briggs and
his wife Patricia of 41 years.

The family would like to extend a special thanks to Tammy from Texas Home Health for
providing excellent care during such a difficult time.
You may share a memory or send a message to the family at oakcrestwaco.com
Read Less

To send flowers to the family or plant a tree in memory of Paul Ray Grinstead, please visit our Heartfelt Sympathies Store.

We encourage you to share your most beloved memories of Paul Ray here, so that the family and other loved ones can always see it. You can upload cherished photographs, or share your favorite stories, and can even comment on those shared by others.

Love Myron, Vicky, Michael and Carrieanne and Barbara, Alvin, Chrissy, Caitlin and Uncle Sonny have sent flowers to the family of Paul Ray Grinstead.
Show you care by sending flowers

Posted Jan 04, 2020 at 02:09pm
Micky your going to be missed! I’ve missed riding around with you listening to our Solid Gold Oldies. Thank You for everything you did for the family. You were the glued that held us together. Love You! Till we meet again.
Comment Share
Share via:
B 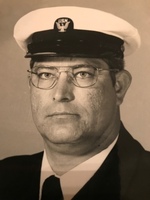