To share your memory on the wall of Max Bircket, sign in using one of the following options:

Max was born May 12,1937 in Orlando, Oklahoma to Allen Max Bircket and Velma Clara Harper Bircket. He was the oldest of 3 siblings.

He graduated from Mulhall High School in 1955. He married Naomi Ruth Gallaway on her birthday, August 5, 1956, after knowing each other since second grade and finally becoming high school sweethearts. Max and Ruth began their family of three daughters while residing in Stillwater. Max attended Oklahoma State University in Stillwater, Oklahoma where he obtained his Bachelor of Arts and Sciences degree in geology in 1960. Upon graduation, he worked at OSU in the microbiology laboratory and pursued a job with the State of Texas as the State Geologist for the United States Department of Agriculture with the Soil Conservation Service in 1967 in Fort Worth, Texas. By the time Max and Ruth moved to Fort Worth, they had two daughters and one on the way. They resided in Richland Hills for 4 years and moved to San Marcos, Texas in 1971 where Max worked in the USDA- SCS office for 11 years. He was transferred to the Waco,Texas office in 1982, later the state office in Temple, and resided in Waco, Texas until death. During the last five years before retirement in 2000, he was the Geomorphologist over Texas, Arkansas, Oklahoma, New Mexico, and Louisiana. Max found great joy in his work with soils, rocks, erosion and everything involved with soil conservation. He worked 33 years before retiring due to the fulfillment he received doing his job. He enjoyed sharing this joy with his family on trips, outings, and adventures.

Max was a man of honesty and integrity. He was a very talented musician, and carpenter. He believed in hard work and believed that one should finish what one started. Up until his last years, Max had a good life. He was also a good provider to his family and even to strangers. This was done through his occupation with the Soil Conservation Service and his stewardship and service with the Church of Christ congregations he attended in Stillwater, OK., Richland Hills, TX., San Marcos, TX., and Waco, TX. Max enjoyed visiting with others and basically did not know a stranger. His “dry” sense of humor and grin was contagious and most welcome as well as his words of encouragement and positivity.

Max was affectionately called by many endearing names. He was known as “Daddy”, “Dad”, “Granddaddy”, “Granddad”, “Great Granddaddy”, and “Great Granddad”. He answered to all of his daughters, sons-in-law, grandchildren, and great-grandchildren by always being available and present. He loved his family big and fiercely, and championed each by their individuality. He was always positive, kind, and wise with each and believed in each one despite the circumstances. He was a Christian father-figure for all of his family and greatly respected for his knowledge and words of wisdom.

He was preceded in death by his parents, his wife, and a great-granddaughter, Ellie Reign Anderson.

The family would like to extend a special thanks to all the nurses and doctors working the 4 East at Providence Hospital during this unforeseen time, the assisted living staff at Ridgecrest, Joe....you were his favorite, and Sue....thank you for all the fresh coffee.

In lieu of flowers, donations may be made to the Pauline Crumpler Foundation.
Read Less

To send flowers to the family or plant a tree in memory of Max D. Bircket, please visit our Heartfelt Sympathies Store.

Receive notifications about information and event scheduling for Max

We encourage you to share your most beloved memories of Max here, so that the family and other loved ones can always see it. You can upload cherished photographs, or share your favorite stories, and can even comment on those shared by others.

Posted Aug 07, 2020 at 10:24pm
I am sad to learn the loss of my dear friend. Max and I started school in the First Grade and Graduated High School along with Ruthie. Growing in a small community of Mulhall in the 40's and 50's leaves many cherished memories. Love and Sympathy to all the Family of Max Dale and Naomi Ruth
Charles Ritter
728 Kings CT
Moore OK 73160
405-640-0828

Posted Aug 05, 2020 at 12:48pm
Gayla and family, I wanted y’all to know I was thinking of you all during this sorrowful time, praying that you find comfort in the many memories you shared. It’s very tough loosing a father, grandfather, etc. My thoughts and prayers are with you. ❤️Cheryl Schwab
Comment Share
Share via:
S

Posted Aug 04, 2020 at 10:39pm
Jana,
I am sorry for your loss. May you find comfort in your family, friends, Faith and fond memories.
Stacey Gibson
Comment Share
Share via:
HS

Flowers were purchased for the family of Max Bircket. Send Flowers

Posted Aug 04, 2020 at 11:30am
My condolences to the family. I worked with Max early in his career. He was a mentor and friend.
Larry Goertz
Comment Share
Share via: 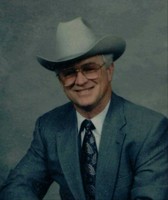