To share your memory on the wall of Mary Josephine Williams, sign in using one of the following options:

Mary was born March 17, 1959 in Sheridan, Wyoming, along with a twin sister, Trish. She grew up and lived in Sheridan until she joined the Air Force on March 23, 1978. She retired from the Air Force as a Master Sergeant with an honorable discharge after 21 years of service.

Mary spent several years as a private contractor while she obtained a Masters Degree in computer science. During this time she met Kay Schumacher who became a lifelong friend. Mary became an instructor at TSTC and moved to Waco in 2012.

She was preceded in death by her parents, Leroy and Margaret Williams; and two brothers, Butch and Steve Williams.

Mary is survived by her twin sister, Trish Conley; her brothers, E.J. and Tim Williams; and her lifelong friend, Kay Schumacher.
Read Less

To send flowers to the family or plant a tree in memory of Mary Josephine Williams, please visit our Heartfelt Sympathies Store.

We encourage you to share your most beloved memories of Mary Josephine here, so that the family and other loved ones can always see it. You can upload cherished photographs, or share your favorite stories, and can even comment on those shared by others.

From everyone at Gods Chapel and Jeanene Steinle Betros have sent flowers to the family of Mary Josephine Williams.
Show you care by sending flowers

Posted Feb 06, 2020 at 06:00pm
Mary was a wonderful person and it was a privilege to have known her. May she rest in peace. My condolences to her family and other friends.
Comment Share
Share via:
R

Posted Aug 23, 2019 at 06:14pm
Mary was a devoted instructor. Great loss to students, TSTC and her coworkers. Mary was always striving to help all.
Comment Share
Share via:
SK

Posted Aug 23, 2019 at 02:43pm
As Mary's co-worker I knew her to be a very hard-working instructor who was always striving to do her very best for her students and fellow instructors. She was a very valuable team player and willing to do whatever needed to be done. Loved having her on my Nerf Squad. Such a sad way for her life to end - not what she deserved. I will miss her greatly. From everyone at Gods Chapel

Posted Aug 22, 2019 at 11:03am
Kay, we are sending Love, Prayers and Blessings from all of your Church family at Gods Chapel in Ballinger. We love you.

From everyone at Gods Chapel purchased the The FTD Comfort Planter for the family of Mary Josephine Williams. Send Flowers

Posted Aug 21, 2019 at 06:50pm
Mary will be missed by the many students she mentored at TSTC as well as the instructors she worked with. Prayers for her family and friends. God Bless.
Comment Share
Share via: 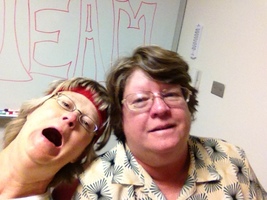 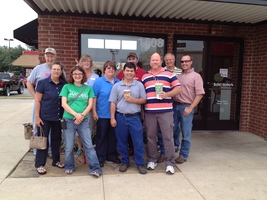