To share your memory on the wall of Martha Vrana, sign in using one of the following options:

Print
Our beloved Wife and Mother, Martha Kirkland Vrana of Waco, Texas was called home to be with the Lord on Monday, March 24th at the age of 82.

Born November 12, 1937 she was raised in Fort Worth by her loving parents, Laston and Dollie Ki... Read More
Our beloved Wife and Mother, Martha Kirkland Vrana of Waco, Texas was called home to be with the Lord on Monday, March 24th at the age of 82.

Born November 12, 1937 she was raised in Fort Worth by her loving parents, Laston and Dollie Kirkland. She graduated from R.L. Paschal High School in 1956.

After graduating from high school, Martha worked at General Dynamics in Fort Worth until she met her future husband Edward James Vrana.

Ed and Martha were married on February 9, 1962 in Fort Worth. They that same year moved to Waco where they started a beautiful marriage that lasted 58 years.

Martha’s full-time job was to create a loving home to her husband and two sons, Keith and Scott Vrana.

Martha considered all her sons’ classmates as her own children. Martha and Ed were also a fixture at many Lambda Chi Alpha Fraternity functions.

They were honored by the Mayor of San Marcos who issued a proclamation awarding both as Honorary Citizens of San Marcos where their sons attended Southwest Texas State University.

Martha was preceded in death by her parents, Laston and Dollie Kirkland, and brother, Kenneth Kirkland.

A private graveside service will be held on Monday, March 30, 2020. The family will hold a Celebration of Life in the coming months to honor their beloved Wife, Mother, and Grandmother.

You are invited to share a memory, sign the family Guestbook, or send a message to them at www.oakcrestwaco.com.
Read Less

To send flowers to the family or plant a tree in memory of Martha Vrana, please visit our Heartfelt Sympathies Store.

There are no events scheduled. You can still show your support by sending flowers directly to the family, or planting a memorial tree in memory of Martha Vrana.
Visit the Heartfelt Sympathies Store

We encourage you to share your most beloved memories of Martha here, so that the family and other loved ones can always see it. You can upload cherished photographs, or share your favorite stories, and can even comment on those shared by others.

Jake and Holly sent flowers to the family of Martha Vrana.
Show you care by sending flowers

Jake and Holly purchased flowers and planted a memorial tree for the family of Martha Vrana. Send Flowers

Posted Mar 27, 2020 at 11:16pm
We are sorry to hear of the loss of your loved one. She was a sweet lady. We will miss calling to talk to her and talking to her when we would come pay the rent sometimes. Robert & Lovena Dyer
Comment Share
Share via: 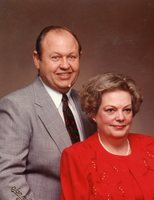 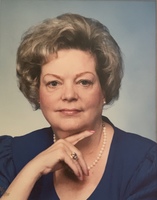