To share your memory on the wall of Jesse Chapa, sign in using one of the following options:

Provide comfort for the family of Jesse Chapa with a meaningful gesture of sympathy.

Jesse was one of the fifteen children born and raised in Downsville by his parents Eufelia and Alejandro Chapa.

He began working in the cotton fields at a very young age and because of his inquisitive and creative mind, a natural talent for envisioning and building things, he became a skillful and sought after Welder in Waco.
Jesse was married to Rafaela (Chita) Chapa from October 16, 1954 until her passing on March 21, 1997. Together they raised seven children and were blessed to leave their legacy carried on through their twelve grandchildren, nineteen great grandchildren and five great-great grandchildren.
In 2008, Jesse met and later married Lila Valdez and gained two additional children, four grandchildren and three great grandchildren.

Jesse had such a love for music and was proud to have played Bass for his church Worship Team at Primera Iglesia Bautista where he also served alongside his wife through community outreach activities.
If you didn’t find him in his workshop welding, building or sawing, he was either sketching out his next project piece at his drawing table or could be found playing his electric piano creating his upbeat tunes with a happy heart.

Jesse never met a stranger, loved big, laughed a lot, fought this battle with such dignity and strength and was ‘building’ something through his last hours with us.

In addition to his wife, Lila, Jesse is survived by his sisters, Gloria Wilson, Mary Medrano, Connie Perez and brother Alex Chapa along with his children and their families, Carmen Gonzales, Cynthia and Johnny Ruiz, Cathy and James Brown, Jesse Jr. and Judy Chapa, Michael and Regina Chapa, Janace and Tim McFatridge and Angela and Johnny Joe Ramos.

The family would like to thank everyone for their outpouring of love and prayers. A special thanks to the Providence Medical Staff, CHF Clinic and Hospice Nursing. Additional gratitude is given to Joe Ivy, the family’s lifelong friend and neighbor who has answered every call and has given of himself so selflessly.
In lieu of flowers, the family asked that a donation be made to your favorite charity or to the Primera Iglesia Bautista Church of Waco.
Read Less

We encourage you to share your most beloved memories of Jesse here, so that the family and other loved ones can always see it. You can upload cherished photographs, or share your favorite stories, and can even comment on those shared by others.

Castro-Silva Sacred Heart Knights of Columbus 1101, Vic Feazell, and others have sent flowers to the family of Jesse V. Chapa.
Show you care by sending flowers

Posted Nov 19, 2019 at 01:31pm
Please accept our most heartfelt sympathies for your loss... Our thoughts are with you and your family during this difficult time.

Posted Nov 19, 2019 at 10:42am
Gabriel Urive Sr and family send there prayers and condolences to the Chapa Family for there loss May he rest in peace GABRIEL URIVE SR and FAMILY
Comment Share
Share via:
AB

Posted Nov 18, 2019 at 10:19pm
Sending love & light to the entire Chapa family. He was a sweet man whose smile I will always remember.
Comment Share
Share via:
AM

Posted Nov 18, 2019 at 12:14pm
May our Lord bless and comfort you and your family during this time. Please accept our sincere condolences.
Julia Melendez & family
Comment Share
Share via:
VF

Posted Nov 18, 2019 at 11:47am
Please accept these flowers as an expression of my deepest condolences. 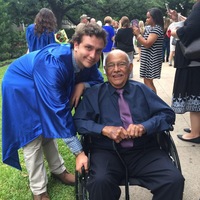 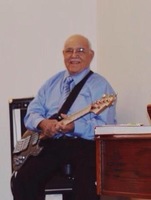