To share your memory on the wall of Jay Neathery, sign in using one of the following options:

Jay’s lifelong career was in residential and commercial construction. His work allowed him to travel all over the United States making many new friends along the way. His priorities in life were his close relationships with his family and many close friends and coworkers and enjoying the great outdoors while hunting and fishing. Some of his favorite fishing lakes include Caddo, Fork, Toledo Bend and Moss Lake where he and his brother, Wesley, shared a cabin.

Jay was always there to help anyone in need. He stayed positive about life through the good times and the bad. His personality was magnetic, he was the “life of the party”. Jay loved to crack jokes and make everyone laugh! During the last couple of years, while living with this sister, Jay’s health declined. He tried to push forward and fought obstacles while looking forward to another day fishing, watching football, and being with the people he loved. He was a real treasure to us all!

Jay is survived by his sister, Janet O’Dowd of Waco, TX; brother, Sam Wesley Neathery and fiancé, Marianne of Gainesville, TX; niece, Meredith Kosse and husband, Anthony and great nephew, Samuel Kosse all of Bedford, TX; his first cousins, Linda Juba and husband, Dick of Dallas, TX and Kit Bayse and husband, Bob of Houston, TX; and many other cousins as well as dear friends.

In the spring Jay’s family will honor his wishes to spread his ashes at several places that were special to him. In lieu of flowers, memorial contributions may be made to the Texas Parks and Wildlife Foundation, https://tpwd.texas.gov/, or a charity of your choosing. A Celebration of Jay’s Life will be held at a future date.
Read Less

To send flowers to the family or plant a tree in memory of Jay "Jaybird" Neathery, please visit our Heartfelt Sympathies Store.

There are no events scheduled. You can still show your support by sending flowers directly to the family, or planting a memorial tree in memory of Jay "Jaybird" Neathery.
Visit the Heartfelt Sympathies Store

We encourage you to share your most beloved memories of Jay here, so that the family and other loved ones can always see it. You can upload cherished photographs, or share your favorite stories, and can even comment on those shared by others.

Posted Jan 21, 2020 at 09:43am
Jay was so helpful to my aging mother. When she couldn't drive, he drove her. When she wanted to shop, they shopped. When she was hungry, they ate at Dunston's Steak House. Jay was like a son to my mother and we were grateful for him.
Comment Share
Share via:
CR

Posted Jan 13, 2020 at 12:06pm
Our deepest condolences. Thank you for allowing us to be a part of your care team.
Chelle Rodgers
Community Healthcare of Texas/Providence Hospice
Comment Share
Share via: 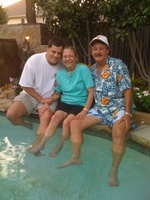