To share your memory on the wall of Gloria Trevino, sign in using one of the following options:

Gloria was born June 2, 1924 in Montemorlos, N.L Mexico to Juan Medellin and Maria Guadalupe (Lupita) Alanis de Medellin. At the age of 17 she taught school in the rural areas around Atongo, N.L. Mexico and surrounding communities, and at the age of 25 became the first teacher to buy a house in the Colonia de Maestro Federal, which was a huge accomplishment and recognized by the Universidad Autonoma de Nuevo Leon in 2013. Another of Gloria's greatest accomplishments came in May of 1972, when she was granted United States citizenship.

In the mid 1960's Gloria moved to Lubbock. During her time there, she worked downtown at "The Famous" store for close to 10 years. It was here that she met many people who would become close friends.

As much as she loved working with people at the store, teaching was her passion, so in the late 1960's, she went back to the classroom, teaching Spanish at McWhorter Elementary School. She truly loved this profession where she could impact the lives of young people, in such a positive way. Gloria retired from teaching after a few years and in 1983, moved to Waco, Texas where she lived the rest of her years caring for her family and her home.

Gloria was so proud of her family and her friends and loved them tremendously. She enjoyed making others laugh and believed in living her life to the fullest, which she did, until the very end!
Gloria was preceded in death by her husbands, Librado Guerra and Gregorio Trevino; sisters, Maria del Rosario (Rosie) Medellin Gonzales, formerly of Lubbock and Esther Maria Medellin Gonzalez formerly of Los Angeles, CA.

A VERY SPECIAL THANK YOU to Bluebonnet Hospice of Waco, for the past few years of service!! The nurses that have went over many times and answered our calls/questions at ALL hours of the day/night! They are TRULY appreciated we were blessed to have them!
Read Less

To send flowers to the family or plant a tree in memory of Gloria Trevino, please visit our Heartfelt Sympathies Store.

Receive notifications about information and event scheduling for Gloria

We encourage you to share your most beloved memories of Gloria here, so that the family and other loved ones can always see it. You can upload cherished photographs, or share your favorite stories, and can even comment on those shared by others.

Bessie Saldana and Ariel covarrubio sent flowers to the family of Gloria Trevino.
Show you care by sending flowers

Posted Jul 14, 2020 at 10:49pm
My deepest condolences to Juan, James, Jaime, the twin girls whom she adored and all other family of Gloria Trevino.
We worked together at McWhorter Elem. School. Our friendship flourished throughout the years. She was such a beautiful, sophisticated, and precious lady to have as a friend. May God give
her rest and peace in heaven.
Bessie Saldana

Posted Jul 14, 2020 at 10:17am
Dear Juan and Family,
Our Bluebonnet Hospice Family grieves with you in the passing of Gloria Trevino. Please know that we are thinking of you and lifting you all in prayer in the days and weeks ahead.
May You be comforted with sweet memories during this time,
The Owners and Staff of Bluebonnet Health Services (Hospice)

Posted Jul 13, 2020 at 01:38pm
Condolences to Gloria's family. I will always treasure her friendship, laughter, letters and phone calls. She will be tremendously missed. Loved her. 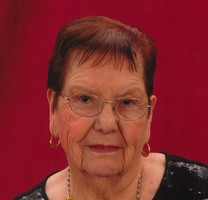