To share your memory on the wall of Gilbert Orta, sign in using one of the following options:

Provide comfort for the family of Gilbert Orta with a meaningful gesture of sympathy.

After a short battle with an aggressive cancer, Gilbert H. Orta, Sr., 62 of Waco passed away peacefully on April 7, 2020.

After a short battle with an aggressive cancer, Gilbert H. Orta, Sr., 62 of Waco passed away peacefully on April 7, 2020.

He attended Waco schools and was a proud graduate of University High School. Growing up, he always had a passion for music, art, billiards, and Dr. Pepper. His passion for music only grew as he began playing the drums in his father’s Conjunto band in his early teens. Over the span of three decades he continued to share his passion by playing for various local Tejano bands. He was also an avid billiards player who enjoyed the thrill of tournament play and could always be seen playing with various pool leagues around Waco.

To send flowers to the family or plant a tree in memory of Gilbert H. Orta Sr., please visit our Heartfelt Sympathies Store.

Receive notifications about information and event scheduling for Gilbert

We encourage you to share your most beloved memories of Gilbert here, so that the family and other loved ones can always see it. You can upload cherished photographs, or share your favorite stories, and can even comment on those shared by others. 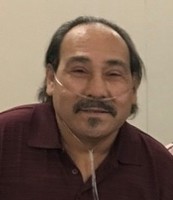