To share your memory on the wall of Geraldine Kincheloe, sign in using one of the following options:

Provide comfort for the family of Geraldine Kincheloe with a meaningful gesture of sympathy.

A memorial will be held at a later date. A “drive through, no contact” visitation will be held from 1:30 to 3:00 p.m., Sunday, April 26, at Crestview Church of Christ, 7129 Delhi Rd, Woodway. Attendees are encouraged to bring a non-perishable food item for the Crestview Community Food Pantry in Geraldine’s memory.

Geraldine was born in Nix, Texas on March 30, 1932 to Dan and Jessie Fillmon. She graduated from Pearl High School. Her only clear ambition was to not marry a farmer. However, she not only married a farmer, she eventually became one herself.

She married Dolan Kincheloe on January 4, 1952 and began her agricultural career. After a few years of marriage, Dolan became crippled with rheumatoid arthritis and could no longer work so she took over the physical labor of farming and ranching along with her role as caregiver to her husband and mother to their son. Instead of exercising her right to be happy, she chose to be happy in whatever circumstances she was in. She and Dolan were married for 30 years until separated by his death on April 22, 1982. After his death, she continued to raise livestock and maintain their ranch in Hamilton County. She also worked as bookkeeper for Jordan Pharmacy in Hamilton for 25 years.

In 2001, Geraldine retired and moved to Woodway to be near her son and his family. Geraldine is a longtime member of the Church of Christ. She truly loved working in the Crestview Church of Christ Food Pantry so much that she refused to allow any appointments to be scheduled that would interfere with her working at the Food Pantry on Monday and Thursday mornings. It was at Crestview that she met her special friend Don Umhoefer. The two of them were frequently seen together cheering for the local youth at Midway football games, volleyball games, softball games, concerts, and recitals.

Special thanks to Dr. Natalie Lippe and her nurses, Dr. Thomas Harris, Dr. Mark McCall and staff, and Wesley Woods administration and staff, especially the nurses and caregivers in the Bluebonnet unit for their loving care for Geraldine over the past few years.

Memorials may be made to the Crestview Church of Christ Food Pantry.
Read Less

To send flowers to the family or plant a tree in memory of Geraldine Kincheloe, please visit our Heartfelt Sympathies Store.

Receive notifications about information and event scheduling for Geraldine

We encourage you to share your most beloved memories of Geraldine here, so that the family and other loved ones can always see it. You can upload cherished photographs, or share your favorite stories, and can even comment on those shared by others.

Susan Haynie and Jackie Bounds RN have sent flowers to the family of Geraldine Kincheloe.
Show you care by sending flowers

Posted May 03, 2020 at 03:54pm
She was an incredible woman of God! I always admired everything about her! What a wonderful example she was in her life, walk with God, and in her marriage! Ruth (Tolbert) Sheppard
Comment Share
Share via:
D

Posted Apr 26, 2020 at 01:43pm
she well be missed.she was the best neighbor.we had lots of good times. dennis and joan frank on topeka dr
Comment Share
Share via:
SH

Posted Apr 25, 2020 at 12:38pm
Our thoughts and prayers are with you during this time. Love, Barry and Susan Haynie, Jonathan and Brooke Lemmons, Sam and Lois Killebrew 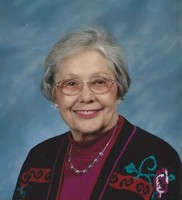