To share your memory on the wall of Ernest Simcik, sign in using one of the following options:

A Mass of Christian Burial will be celebrated at 10:30 a.m. at the church by Father Joe Geleney.

Burial will be in Holy Cross Cemetery in Waco.

Ernest was born in Waco, served in the Army in WWII and was an active reservist for 20 years.

He and his brothers owned Simcik Plumbers where he worked for 50 years. In 1956, Ernest married Leona Burke and together they raised four children in Waco.

He was an active member of St. Mary’s Catholic Church as well as the Knights of Columbus.

To send flowers to the family or plant a tree in memory of Ernest R. Simcik, please visit our Heartfelt Sympathies Store.

We encourage you to share your most beloved memories of Ernest here, so that the family and other loved ones can always see it. You can upload cherished photographs, or share your favorite stories, and can even comment on those shared by others.

Flowers were purchased for the family of Ernest Simcik. Send Flowers

Posted Nov 18, 2019 at 07:17pm
God speed, Uncle Ernie!
You were a mentor, role model, confidant and most of all a friend; Thanks for everything!
God bless your faithful children - I know the word you cherished hearing the most was DAD.
Give Leona a hug from me.
Love ya and miss ya, man!
Chuck
Comment Share
Share via: 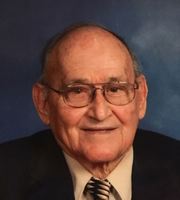