To share your memory on the wall of Edmund Sieja, sign in using one of the following options:

Ed was born February 17, 1933, the 5th of 9 children born to Aloysius (Allen) and Frances Sieja in Hamtramck, Michigan, a small Polish community surrounded by the City of Detroit. He began his working career at the age of 12 at a Five & Dime in Detroit. While finishing school, he worked as a truck driver, corner newspaper boy, and in various positions with the Dodge Truck Company. He served his country as part of the US Army in Korea, returning home to attend electronics school.

In 1957, he married the love of his life, Betty Sieja. That same year he joined Huck Manufacturing Company and for the next 41 years, he worked his way up from the stock room to machinist to supervisor and purchasing agent.

Ed and Betty raised two children, and in 1973, Ed’s job brought his family to Waco. There the family joined St. Louis Catholic Church, where he served as an usher for more than 40 years and as a member of the local Knights of Columbus men’s religious organization.

In 1999, Ed lost his love following her brief battle with cancer. For the next 17 years, he filled his time volunteering at Providence Hospital, caring for his children and grandchildren, and scouring local garage sales and flea markets to fill his collecting passion of Christmas nutcrackers and German beer steins. He enjoyed working to refurbish his 1988 Corvette and driving it in classic car parades with best friend and long-time co-worker, Victor DuPart. Ed was diagnosed with Alzheimer’s in 2015.

Ed is survived by his son David Sieja and wife, Theresa; their children Christine Phillips, her husband Greg, and their daughter Elizabeth; Allan Sieja, wife Lauren, and their children, Lillian and Ezra.

He is survived by his sisters, Henrietta and husband, Matt; Annie and husband, Charlie; brothers, Zigmund and Robert and wife, Karen, as well as more than 70 nieces, nephews and their children.

Ed fought a courageous battle with Alzheimer’s disease. The family would like to send a heart-felt thank you to the staff and caregivers at Stoney Brook Assisted Living Center of Hewitt and Bluebonnet Health Services for the compassionate care given to our father. In lieu of flowers, memorial donations may be made to the Alzheimer’s Association at www.alz.org to aid in research to battle and defeat this horrible, life-stealing disease.
Read Less

To send flowers to the family or plant a tree in memory of Edmund S. Sieja, please visit our Heartfelt Sympathies Store.

Receive notifications about information and event scheduling for Edmund

We encourage you to share your most beloved memories of Edmund here, so that the family and other loved ones can always see it. You can upload cherished photographs, or share your favorite stories, and can even comment on those shared by others.

Posted Jun 16, 2020 at 11:02am
Judi, sorry to hear the passing of your Dad, prayers being sent to you and your children.
Comment Share
Share via:
EK

Posted Jun 16, 2020 at 10:54am
Mr. Sieja was always found with a smile on his face when people walked into 5:00 Mass at St. Louis Church. He was an awesome usher and always made people happy to be there. He was a Knight and very proud to be part of the organization. David was in my brother’s class at Reicher. (Dennis Holub) I am sending prayers for your family and my sympathy at the loss of a very kind and giving man. May God Bless you, Eileen Holub Kubala

Flowers were purchased for the family of Edmund Sieja. Send Flowers

Posted Jun 15, 2020 at 06:43pm
I'd like to offer my condolences on the passing of your father. He was good buddies with my Dad, Victor DuPart, and I know they always enjoyed their weekly hamburger get togethers after your Mom passed away. I always think of your Mom and Dad at Christmas time because we have one of the ceramic Santa Clauses that your Mom used to make. They were great people and will be missed, but we will always have our memories of them to hang onto. You're in my thoughts and prayers during this difficult time. I made a donation to the Alzheimer's foundation in your father's memory.

Flowers were purchased for the family of Edmund Sieja. Send Flowers 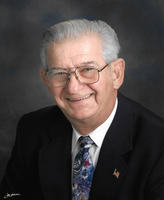