To share your memory on the wall of Dr. Glenn R. Mortenson, sign in using one of the following options:

Provide comfort for the family by sending flowers or planting a tree in memory of Dr. Glenn R. Mortenson

Provide comfort for the family by sending flowers or planting a tree in memory of Dr. Glenn R. Mortenson

Print
Glenn Roger Mortenson died Sunday, June 7, 2020, in Waco, Texas at the age of 88. He was born in Sterling, Illinois on May 5, 1932, the son of Gustaf Anton Mortenson and Olga Oliva Isaacson.

He was preceded in death by his parents, his ... Read More
Glenn Roger Mortenson died Sunday, June 7, 2020, in Waco, Texas at the age of 88. He was born in Sterling, Illinois on May 5, 1932, the son of Gustaf Anton Mortenson and Olga Oliva Isaacson.

He was preceded in death by his parents, his sisters Linnea Karrow and Eudeen Hesse, and his brothers Paul Mortenson, Dwight Mortenson, and Dewey Mortenson.

Dr. Mortenson was drafted into the United States Army and served two years in the U.S. Army Field Band at Fort Meade, Maryland, after which he was honorably discharged. He frequently performed taps for services at Arlington National Cemetery and performed with the Field Band on the Ed Sullivan Show in 1956.

Dr. Mortenson taught instrumental music in the Illinois Public Schools in Reddick, Carthage, and for more than 25 years at Ridgewood High School in Norridge, Illinois. During his tenure at Ridgewood High School he took the band on tour to Canada and throughout the United States. The Jazz Ensemble won the Chicagoland Stage Band Festival at Oaklawn High School in 1967. Glenn was an avid performer on trumpet, playing all over the Chicago area as a freelance jazz combo performer.

Upon his retirement from public school instrumental music in 1988, Glenn and Doris traveled around the United States before deciding to retire in Hot Springs, Arkansas where they lived for 29 years. In Hot Springs, Glenn stayed active on his trumpet, performing with the Hot Springs Municipal Band as first trumpet and with a brass quintet that was active performing in Hot Springs area churches and care centers. Glenn and Doris were faithful members of Westminster Presbyterian Church where Glenn served on the Session as a church leader.

They enjoyed dozens of cruises and were world travelers, spending extended time all across Europe, Asia, Russia, and the Caribbean.

In 2018, they moved to Waco to be closer to family. Glenn and Doris enjoyed Sunday services at Seventh & James Baptist Church, frequented School of Music performances at Baylor University, and were enthusiastic season ticket holders of the Waco Symphony Orchestra.

A memorial service celebrating the life of Glenn Mortenson, led by Pastor Erin Conaway, will be held at 11:00 am on Tuesday, June 9 and at Seventh & James Baptist Church, 602 James Avenue, Waco, TX. A graveside service, led by Reverend Chip Hatcher of Westminster Presbyterian Church, will be held at Crestview Memorial Park Cemetery in Hot Springs, AR at 9:00 am on Thursday, June 11.

In lieu of flowers, memorial contributions may be made to the Baylor University School of Music, Seventh & James Baptist Church, or Westminster Presbyterian Church.

To send flowers to the family or plant a tree in memory of Dr. Glenn R. Mortenson, please visit our Heartfelt Sympathies Store.

We encourage you to share your most beloved memories of Dr. Glenn R. here, so that the family and other loved ones can always see it. You can upload cherished photographs, or share your favorite stories, and can even comment on those shared by others.

Posted Jun 20, 2020 at 11:28am
Dear Doris,
I am so sorry about the loss of your husband.
I am thinking of you and you have my heartfelt sympathy.
Sincerely, Hildegard Honold
Comment Share
Share via:
CK

Posted Jun 18, 2020 at 03:13pm
Doris, we were so sorry to see Glenn's obituary in the paper! We are so sad! Remembering with you such a great man .... all the fun Glenn and Gene had together .....we were also thinking about Freckles .... the picture of you and Glenn at the country club is our favorite .... we send our love and sympathy Steven and Clarissa
Comment Share
Share via:
JM

Posted Jun 16, 2020 at 05:17am
Glenn and Doris we're my near neighbors on Whispering Hills St in Hot Springs, AR. I miss them and my condolences for the loss of Glenn. You don't realize how humble someone is at times until you read his obituary. What a remarkable man and I could not have asked for a better neighbor. I do miss Ms. Doris walking down our street and that consistent hello she would always say to me each time I saw her. God bless the Mortenson family.
Comment Share
Share via:

Posted Jun 14, 2020 at 10:06am
Dear Mortenson Family, my deepest sympathy. I graduated in 1985 and was in marching, concert and jazz band. "Doc" was one of the greatest teachers of my entire life. His kindness, sense of humor, knowledge, and willingness to help set him apart from other teachers.

I have fond memories of band, trips to DisneyWorld and Alumni Band Concerts...all orchestrated and under the skillful care of "Doc". Also great memories of "Mrs. Doc"!!!

A long journey from being able to play Maynard Ferguson's arrangement of "Sesame Street" in Jazz Band, I was able to play the first 3 notes of Taps in his honor. Rest in Peace, "Doc", and I promise to practice more.
Comment Share
Share via: 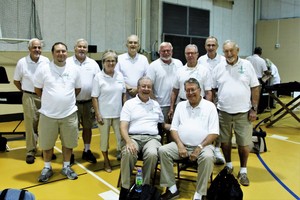 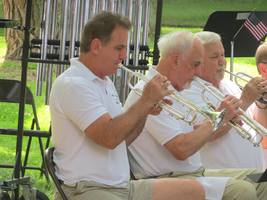 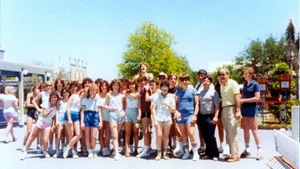