To share your memory on the wall of Dr. George A. Elliott, sign in using one of the following options:

Provide comfort for the family by sending flowers or planting a tree in memory of Dr. George A. Elliott

Provide comfort for the family by sending flowers or planting a tree in memory of Dr. George A. Elliott

A funeral service will be held at 10:30AM on Saturday, June 6th, conducted by Fr Edwin Kagoo, at OakCrest Funeral Home with burial following at Oakwood Cemetery.

Dr Elliott was born August 26, 1933 in Camden, Arkansas. He attended Fairview schools and worked at Hurley’s Printing Company in Camden, Arkansas prior to moving to Pasadena, Texas and graduating from high school. He then attended Midwestern University on a band scholarship. He proudly served in the United States Army from 1954 to 1956, deploying to Korea, toward the end of the Korean War.

George returned to Camden to again work at Hurley’s and resume his college studies. His lifelong friend and co-worker, Bob Posey, convinced George to move to Texas to attend Sam Houston State University, where he majored in Printing Management. While there, he also earned his Master’s Degree in Business Administration, taught college courses and attended Texas A & M University, where he earned his Doctoral Degree in Educational Administration.

After teaching at Sam Houston State University, he moved to Waco, Texas to serve at Texas State Technical College (TSTC). During his many years at TSTC, he served as print shop director, professor, department chair and division director.

He enjoyed his students and his close friends at TSTC including Ray Sancton, Jim Newton, David White, Bob Davis, Bill Cox and Gene Rejcek. He retired from TSTC in 1998. He then enjoyed his full-time hobby – reading.

He was preceded in death by his beloved brothers James Elliott and Wyley Jack Elliott, his mother Adele Mathews and stepfather Newton Mathews, his father George A Elliott and stepmother Clidell Elliott, his nephew David Elliott, his great niece Sydney Galway, and his friend Bobby Posey.

He also is survived by his great friend “Uncle” Ed McCaskill and his wife Merle.

The family wishes to thank David and Becky Nix for their compassionate, dedicated care to George in his final months, Bill Tucker for his care and assistance in many ways, Margaret Waff, David and Kathy White, Texas Home Health and Nurse Maegan and Dr Patrick Partin and the staff at Bellmead Scott & White Clinic for their wonderful care of their husband, father, grandfather and friend.

To send flowers to the family or plant a tree in memory of Dr. George A. Elliott, please visit our Heartfelt Sympathies Store.

Receive notifications about information and event scheduling for Dr. George A.

Receive text or email updates for Dr. George A.

We encourage you to share your most beloved memories of Dr. George A. here, so that the family and other loved ones can always see it. You can upload cherished photographs, or share your favorite stories, and can even comment on those shared by others.

Steve and Judy Belk and Kitty Tunmire sent flowers to the family of Dr. George A. Elliott.
Show you care by sending flowers

Posted Jun 05, 2020 at 10:47am
My thoughts and prayers are with you Mrs. Elliott and Robin . May you find peace and strength.
Love
Iris Miles
HOTRMHMR/HCS
Comment Share
Share via:
SB

Steve and Judy Belk purchased flowers and planted a memorial tree for the family of Dr. George A. Elliott. Send Flowers

Posted Jun 04, 2020 at 01:48pm
I first met George at Sam Houston State University in early 1970s when he served as the Faculty Adviser for Pi Kappa Alpha Fraternity. George was well liked and respected by our fraternity and students in the print department. A good man I was fortunate to know and will long remember. Rest In Peace George.
Comment Share
Share via:
HS

Flowers were purchased and a memorial tree planted for the family of Dr. George A. Elliott. Send Flowers 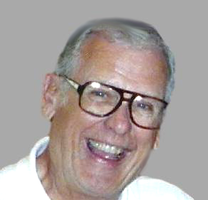