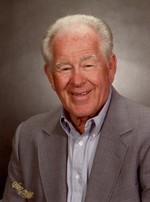 Donnie Frank Kimmel, of Laguna Park, Texas, passed away at his home with his family by his side Tuesday, January 12, 2021, after a long, courageous battle with Alzheimer’s Disease and cancer. Funeral arrangements will be made by Oakcrest Funeral Home and graveside service will be held at Oakwood Cemetery of Waco at 1:00 pm, Tuesday, Jan. 19th. Social distancing and facial covering are required.

The service will be live streamed on the OakCrest Funeral Home Facebook page.

Donnie attended Waco public schools and graduated from Waco High School in 1959. He played football for the WHS Tigers and was selected all-district guard. In 1961 he began his service in the Texas Army National Guard. Donnie married Ann Taylor in 1962. They were married for 58 years. He worked in the electrical supply business in sales, management, and as a business owner for 41 years.

He was preceded in death by his parents Harold and Annice Kimmel, sister Gayle, brothers Phil and Harold.

The family would like to extend a special thanks to CHOT PROV Hospice – Whitney, TX for providing excellent care during such a difficult time.

In lieu of flowers, donations may be made to Alzheimer’s Foundation, St. Jude, or the charity of your choice.

You may share a memory or send a message to the family at www.oakcrestwaco.com