To share your memory on the wall of Deloris Goldsmith, sign in using one of the following options:

Deloris was born November 18, 1931 in Fairfield, TX, the second-born daughter of the late William Eugene and Evalena (Cannon) Davis. She grew up in Fairfield Texas, graduating from Fairfield High School in 1949. She married her high school sweetheart and was blessed with a son, Wendell Blake, in 1955. While she relished being a parent, she also yearned for something more. Deloris was a beautiful young woman with an adventurous and generous spirit, so when Blake was old enough to begin school, she too decided to pursue higher education. First by attending Baylor University, graduating in 1965 and then the New York School of Interior Design, graduating in 1970. Her love of interior design was most apparent in her home, her surroundings and to those closest to her. Professionally, she began her career by working at State Farm Insurance Company. This was followed by many years working for, and ultimately retiring from, the Texas Department of Highways and Transportation. She often fondly referred to herself and her colleagues as members of the “Road & Bridge Gang”.

Deloris had a passion for community service. She was a member of Lake Shore Baptist Church in Waco, TX. She also enjoyed many years as an active member of the Lions Club of Waco’s and was committed to their mission and vision. She held an executive position within the organization and served on various committees throughout the years. Following retirement, she continued her support, maintaining an active membership most of her adult life.

When thinking of Deloris, many fine qualities come immediately to mind. “Devotion”, because of her love for God, family and friends; “Generosity”, because there was nothing she wouldn’t do for those she loved; “Fun Loving”, because of her wit and wonderful sense of humor; and “Sophistication”, because she was beautiful, presenting herself with grace and professionalism in all her endeavors.

It was during the 1980’s that she met the love of her life, Robert Lee Goldsmith. They married on May 20, 1987 and celebrated their 30th anniversary in 2017. Deloris and Robert remained devoted to one another until his passing later that same year. Deloris took great joy in time spent with her sisters, nieces and nephews. She truly shined most when spending time with children. Her devotion to her family, especially her husband, Robert and her baby sister, Donna Lynn was absolute and second only to her love for God. When asked of her family to share a biblical verse that came readily to mind when thinking of Deloris, they chose “Don’t just pretend to love others. Really love them… Love each other with genuine affection, and take delight in honoring each other.” Romans 12:9-10 NLT. They felt this verse was representative of her love for others. Deloris, better known to her family as “Dee Dee”, will be greatly missed and will remain forever in the hearts of her family and friends.

The family would like to express our gratitude to the staff and professionals of Visiting Angels, The Atrium of Bellmead and Bluebonnet Hospice for their assistance and guidance.
Read Less

To send flowers to the family or plant a tree in memory of Deloris Davis Goldsmith, please visit our Heartfelt Sympathies Store.

Receive notifications about information and event scheduling for Deloris

We encourage you to share your most beloved memories of Deloris here, so that the family and other loved ones can always see it. You can upload cherished photographs, or share your favorite stories, and can even comment on those shared by others.

With Love, Deward, and Margie's Family sent flowers to the family of Deloris Davis Goldsmith.
Show you care by sending flowers

Posted Jun 13, 2020 at 09:18pm
Our Dear Sweet Aunt Dee Dee will keep us smiling with many happy memories.
Simply put, She was a "Jewell".
Comment Share
Share via:
WF

With Love, Deward, and Margie's Family

With Love, Deward, and Margie's Family purchased flowers for the family of Deloris Goldsmith. Send Flowers

Posted Jun 12, 2020 at 04:32pm
Dear Family of Deloris Goldsmith,
Our Bluebonnet Hospice Family is remembering you this week and keeping you in our prayers. May beautiful memories bring you comfort and carry you through these days.
Please accept our sincere condolences,
The Owners and Staff of Bluebonnet Health Services (Hospice)
Comment Share
Share via: 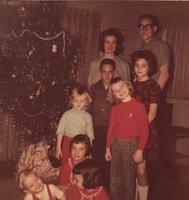