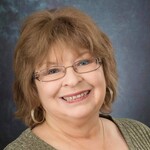 Brenda Lynn Franklin, 58, of Waco passed away Wednesday, March 3, 2021. She was born November 20, 1962, in Waco to Robert Arnold Cagle and Cornelia (Connie) Ann Powell. Brenda attended school in Waco and Richardson, graduating from Jefferson Moore High School in Waco. She married Robert Mitchell Jacobus and gave birth to a son, Jeremey Michael Jacobus on November 27, 1985. Jeremey died on April 18, 1986. She and Mike divorced that same year. Brenda mourned the loss of her son everyday for the remainder of her life. In August of 1986, she met the one great love of her life, Bruce Warren Franklin and they married December 5, 1988. They had one daughter, Sarah Grace, on June 26, 1989. Bruce passed away in 2006 due to complications of Multiple Sclerosis.

Brenda worked for the Texas Department of Transportation, from where she retired in 2016. Integrity, faith, and family were the important themes of her life. She always said “Right is right and wrong is not right. You can rationalize all you want, but you can’t make wrong, right.”

Brenda loved animals and was an active member of the rescue community for several years. She had numerous rescue pets over the years, but the two who stole her heart were George, the Destroyer Dachshund and Arnold, a senior dachshund. She loved being a “Nina” to her three grandchildren, Noah, Levi and Tommy and was happiest when she was spending time with them. Brenda believed in equality for all and championed the rights of the special needs community. She was a member of Richfield Christian Church and believed steadfastly in God’s grace for all who ask.

Brenda was preceded in death by her husband, Bruce; her son, Jeremey; her sister, Leah Cagle; her grandparents; and many rescue animals.

She is survived by her beloved daughter, Sarah Grace; her grandchildren, Noah, Levi and Tommy; mother, Connie Aycock; and father, Robert Cagle and wife, Martha.

The family respectfully requests that all guests keep the safety of others in mind and please wear a facial covering to the service.