To share your memory on the wall of Billy Locklar, sign in using one of the following options:

Bill spent the majority of his career in sales. After retiring he became a jack of all trades spending time as a chauffeur, greeter, and Visiting Angel among others. He was known for his sometimes off-color sense of humor and his outgoing personality. Bill was a member of Christ Lutheran Church, George N. Denton Lodge and the Karem Shrine Temple clown unit for many years.

He is survived by his wife Nancy, daughter Dawn Tucker, grandchildren Crystal White-Guidry and Daniel White, as well as, 4 great grandchildren: Grayson, Sloane, and Emory Guidry and Brielle White. Bill was preceded in death by his parents, siblings and daughter Wendy Locklar.

There will not be any services at this time to maintain the health and safety of his friends and family.

To send flowers to the family or plant a tree in memory of Billy Joe "Bill" Locklar, please visit our Heartfelt Sympathies Store.

Receive notifications about information and event scheduling for Billy

Print
There will be no services at this time. The family has requested no floral tributes of any kind or memorial trees be purchased. Instead a card or note sent to Nancy at Regent Care, 7801 Woodway Dr., Woodway, Texas 76712 would be much appreciated! Thank you for your understanding.

We encourage you to share your most beloved memories of Billy here, so that the family and other loved ones can always see it. You can upload cherished photographs, or share your favorite stories, and can even comment on those shared by others.

Posted Jul 05, 2020 at 02:37pm
Nancy,Dawn and family. So sorry to hear about Bill at church this morning. Prayers are with each of you. Your hearts will always remember the good times you shared.
Comment Share
Share via:
BH 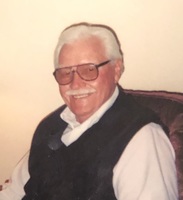