To share your memory on the wall of Albert G. White, sign in using one of the following options:

Provide comfort for the family by sending flowers or planting a tree in memory of Albert G. White

The graveside service will be held at 1 pm, Friday, February 21st at Oakwood Cemetery. Reverend Ron... Read More
Albert Gaylord “A.G.” White, 90, of Keller, Texas, passed on to be with his Lord and Savior in Heaven on Tuesday, February 18, 2020.

A.G. White was born in Wichita Falls, Texas on November 17, 1929. A.G. attended Allen Academy in Bryan, Texas, and continued to receive a Master of Science in Economics from Baylor University.

A.G. met Frances LaGene “Jean” Baker in Tyler when they were both attending Tyler Junior College. A.G. and Jean married at Rocky Mount Baptist Church in Sexton City, Texas on November 24, 1949. They were blessed with a loving marriage for 70 years.

A.G. White served his country as a member of the United States Army, Counterintelligence Corps. He served as an Intelligence Agent in Germany.

As a young man, he loved to play pool. Later, he enjoyed playing golf and sailing. A.G. spent many happy hours with his family on his Catalina sailboat enjoying Lake Waco. Most importantly A.G. was a Christian. He loved the Lord. He was a member of the Masonic Lodge. A.G. was also a member of Columbus Ave. Baptist Church in Waco, Texas for 43 years before moving to Keller. At Columbus Ave. A.G. was an active member of the Young Businessmen’s Sunday School Class. After moving to Keller, he moved his membership to First Baptist Church Keller.

A.G. is preceded in death by his parents; Albert Fint White and Gladys Oreta Henderson White.

In lieu of flowers memorial donations may be given to Columbus Ave. Baptist Church in Waco, Texas. The family of A.G. White wishes to thank the U.S. Army for their participation in his service.
Read Less

To send flowers to the family or plant a tree in memory of Albert G. "A.G." White, please visit our Heartfelt Sympathies Store.

We encourage you to share your most beloved memories of Albert G. here, so that the family and other loved ones can always see it. You can upload cherished photographs, or share your favorite stories, and can even comment on those shared by others.

Posted Feb 20, 2020 at 08:40am
Thinking about you in this difficult time. We are praying for comfort and peace. With lots of love, Elizabeth and Caroline

Posted Feb 19, 2020 at 10:21pm
Uncle A G was an awesome man. He was always loving and caring to everybody. I remember when my daddy died we were all so upset at the gravesite. When it came time for the final prayer which would have been said by the pastor I looked at Uncle AG and ask him if he would pray. He was crying and shaking but he did it anyway. I’ve never forgotten that and how special it was to me. Heaven received a great man and I know that he is with our heavenly family now. I bet Grandmother is trying to cook him something. I love you and will miss you.
Comment Share
Share via:
P

Debra, thanks so much for your kind words! I will treasure your sweet words in my heart! Love you!
WC

Posted Feb 19, 2020 at 05:32pm
Mrs. Durham, Your Wags & Whiskers class loves you much and we are praying for peace and happy memories to flood your mind. You are missed this week! 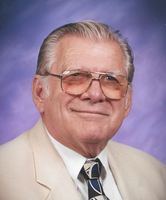